The 10 Most In-demand Programming Languages in 2021 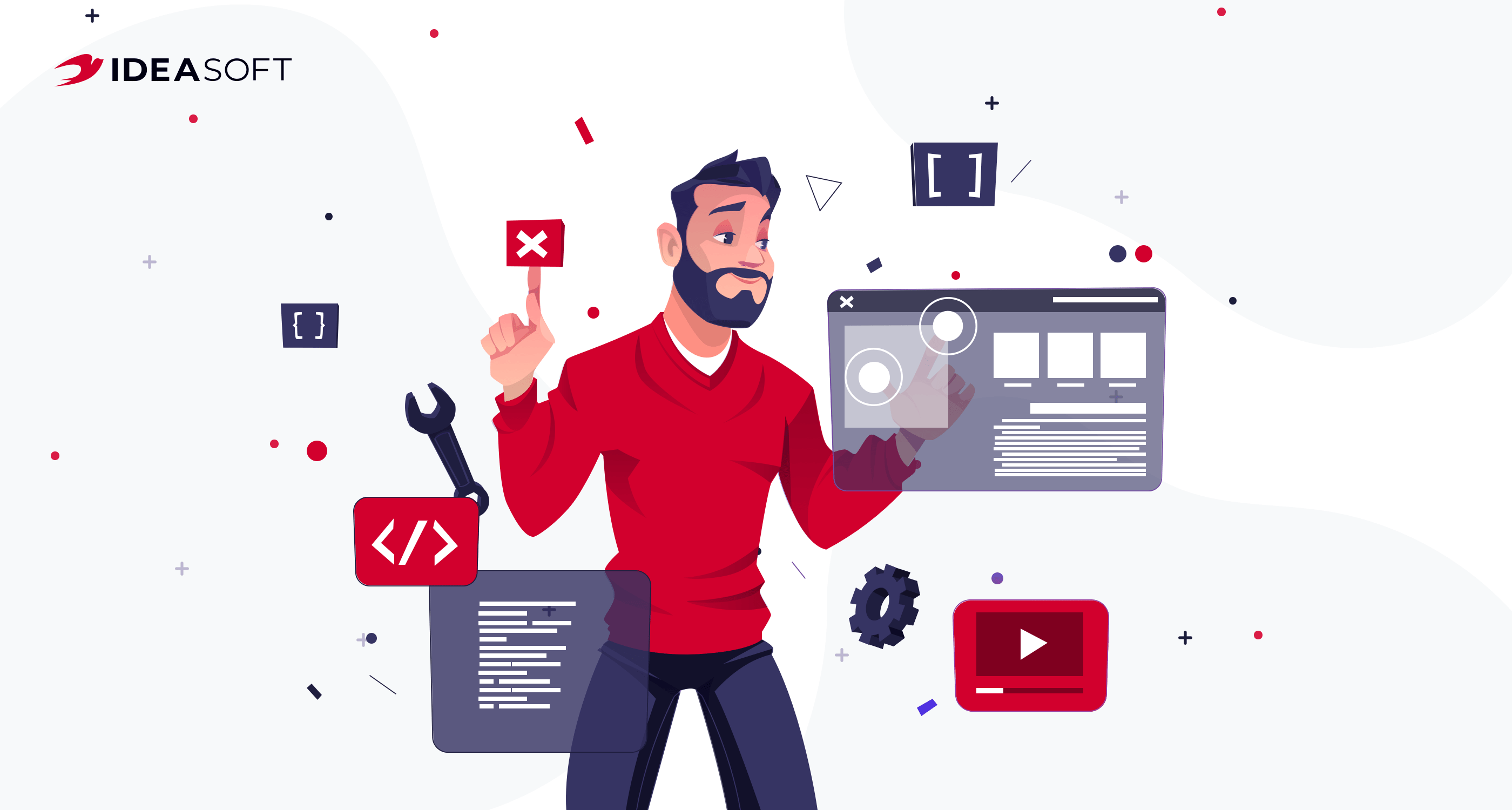 Most popular programming languages of 2020

We can assume that the more often a programming language is mentioned, the more in-demand it is. The popular world rankings TIOBE and PYPL are based on this statement. TIOBE measures the number of searches related to programming languages ​​on popular portals such as Google, Bing, Yahoo!, Amazon, YouTube, and Baidu. PYPL measures how many times language tutorials are searched on Google, using Google Trends. Usually, the results of the ratings have slight differences due to the different ways in which the ratings are constructed.

According to TIOBE, in November 2020, the highest position in the ranking of programming languages ​​was held by C with a rating of 16.21%. It was followed by Phyton with the highest mentions growth, + 2.27%. And Java ranks third. It’s very interesting that since the creation of the TIOBE index almost 20 years ago, Java and C have always been in the top 2 positions for more. In 2020, unexpectedly for many, Python replaced Java and took second place. The creators of the rating suggested that the popularity of Python grew because of the rapid development of fields such as data mining, artificial intelligence, and numerical computing. However, Python returned to third place in December.

The PYPL ranking over the same period gives us a slightly different picture, where Python is the highest-ranking, with a 30.8% share. Java comes second with 16.79%, and JavaScript comes in third. In this rating, C only ranked sixth.

It's safe to say that Python will be one of the strongest players on the market in 2021. Both world rankings of programming languages ​​place Python in the top two. This programming language first appeared back in 1991 and is gaining popularity year after year thanks to its open community. Python syntax is quite simple, so a developer takes fewer steps when developing a software product. Software development companies prefer Python because of its versatile features such as flexibility, object-orientation, cross-platform, and less code.

Python has a ton of frameworks and libraries that simplify the process of coding and reduce development time, and its excellent data processing performance makes it the #1 programming language for creating AI/ML-based solutions. Well-known platforms such as YouTube, Google Search, Facebook, and Instagram are built with Python.

Java is the most widespread programming language, which has confidently taken first positions in the ratings for many years. Due to its platform independence and high adaptability, this programming language is used in both desktop and mobile development. Even though Google announced in 2019 that Kotlin is now the language of choice for Android app developers, Java is still widely used for mobile app development. Also, Java supports billions of electronic devices in real-time, and according to Oracle, there are over 3 billion applications, websites, and devices that run Java.

According to Statista, the number of Java developers worldwide will reach 28.7 million in 2024. Twitter, LinkedIn, Amazon, Netflix, eBay are all built with this programming language.

C is one of the oldest programming languages. Even more, languages ​​such as C++, C#, Java, and Objective-C were based on the C syntax. But even with a huge number of younger analogs, C is still widely used today, since it’s a low-level programming language that supports direct control of the hardware. The C language is used for programming microcontrollers and developing embedded software. Also, programs written in C are easily portable to another language with few modifications.

According to TIOBE, at the end of 2020, C became the #1 programming language, supplanting Java. This growth in popularity is associated with the fact that C is a cross-platform language that is used in embedded devices and software for medical devices, which is very important in the context of the coronavirus pandemic.

Of course, JavaScript is the #1 language for front-end development, but recently it has also been used for back-end development. JavaScript is widely applied in game development, web, desktop, and mobile applications. This language is quite easy to learn, which contributes to its popularity among novice developers. According to a StackOverflow survey, JavaScript became the most used programming language in early 2020. Nearly 70% of professional developers responded to the survey code in JavaScript.

JavaScript has a powerful ecosystem that simplifies the development process. Plus, the JavaScript user community is actively improving the language, addressing many of the shortcomings.

C# is a fast, secure, and full of rich libraries programming language developed by Microsoft as the main language for working with the .Net Framework. C# is used for a wide range of tasks from developing server apps to mobile games. Also, since C# is a multi-platform language, it’s used for machine learning. With Xamarin, you can also build programs and apps in C# for operating systems such as iOS, Android, macOS, and Linux. Developers prefer this programming language because it simplifies the development process minimizing time and resources.

C# is easy to learn, there is a lot of documentation for developers on the Internet. Also, Microsoft is actively investing in the development of this programming language to keep it popular in the market. Therefore, in the coming years, C# will continue to improve and will be an important player in the market.

PHP is also easy to learn. It provides solutions to a wide range of web tasks. This programming language allows you to create high-quality web apps in a very short time with products that are easy to modify and maintain in the future.

R is an open-source language for statistical data processing. This programming language is applied in the fields of data science, statistical computing, and machine learning. R combines well with other programming languages ​​such as C++, Java, SQL. A large number of financial and computing companies use R in their research and development. One of the reasons for its popularity is the free open source packages for statistics, analytics, and charts.

R has become the global standard in statistics, and the world's top universities teach their students this language. Also, the growing interest in machine learning encourages developers to use it. Thus, R is consistently among the top ten ratings of the most popular programming languages.

Swift remains in the top ten most demanded programming languages, while iOS apps are popular. According to Statista, in 2019, 1.84 million mobile apps were available for download on the App Store. And the number of iOS applications is growing every year. Swift, developed by Apple in 2014, has largely supplanted Objective-C because it’s easier to read and more reliable. This programming language allows you to create rich applications backed by robust and secure code.

Swift is very easy to learn. Swift code is simplified and more like English which makes it easier to read. We used Swift to create Famer and Versara projects.

Golang was created by Google, but it has long gone beyond a single company. Facebook, Intel, BBC, Yahoo, Adobe are already adopting this programming language. Today Go is used to build microservices, web applications, and solving systems programming tasks. Go is a language with simple syntax and detailed technical documentation. It’s most commonly used on Linux and macOS systems, and slightly less commonly on Windows. According to the Go Blog, Go's engagement rate increased to 34% in 2019, with 3 out of 4 respondents preferring the language. Both TIOBE and PYPL ranked Go as the thirteenth most popular programming language.

And the last promising programming language on our list is Ruby. This language is dynamic, which means it speeds up the development process. It’s used to solve a wide range of problems in different fields, but it occupies a special niche in web development thanks to the Ruby on Rails framework. According to Hotframeworks, Ruby on Rails is one of the most popular web frameworks in the world. Ruby is used by Twitter, Soundcloud, Goodreads, and Kickstarter.

So, the most in-demand programming languages ​​in 2021 are Python, C, Java, JavaScript, Go, Ruby, C#, Swift, PHP, R. Of course, the list goes on because there is no universal programming language that suits everyone. However, the listed technologies will play an important role in the near future, and these languages ​​are worth paying special attention to, whether you choose a tech stack for a project or a career path.

IdeaSoft engineers know well which programming language is better to choose to implement your tech idea and are ready to help you with this. Contact us to start your project. 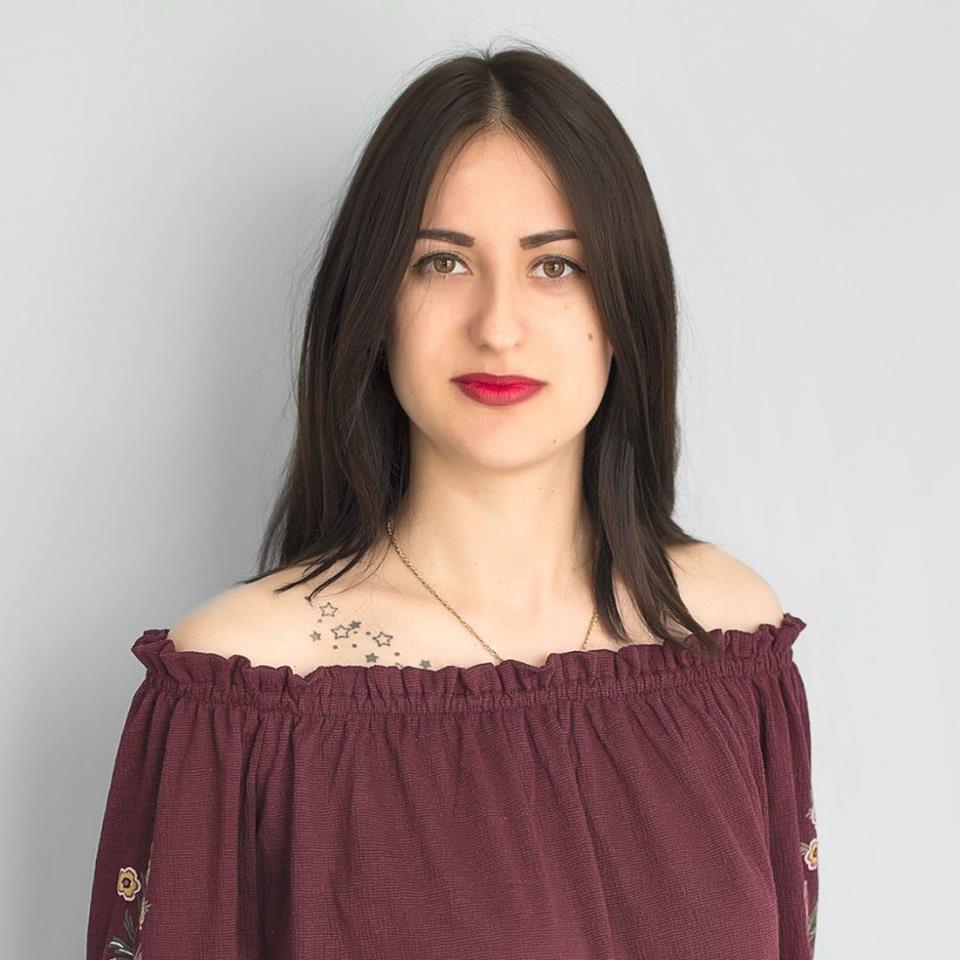 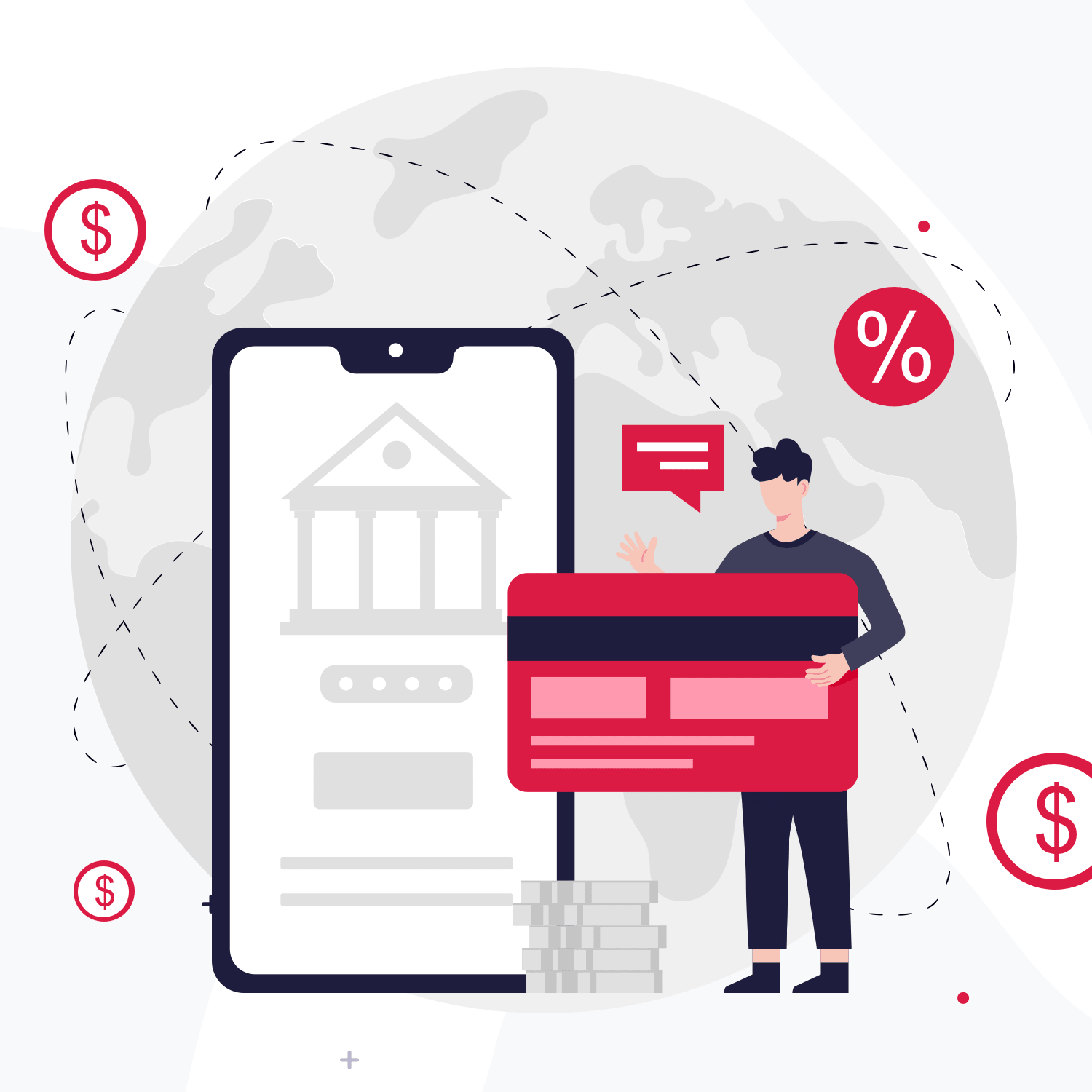 Fintech Regulation Around the World 2021 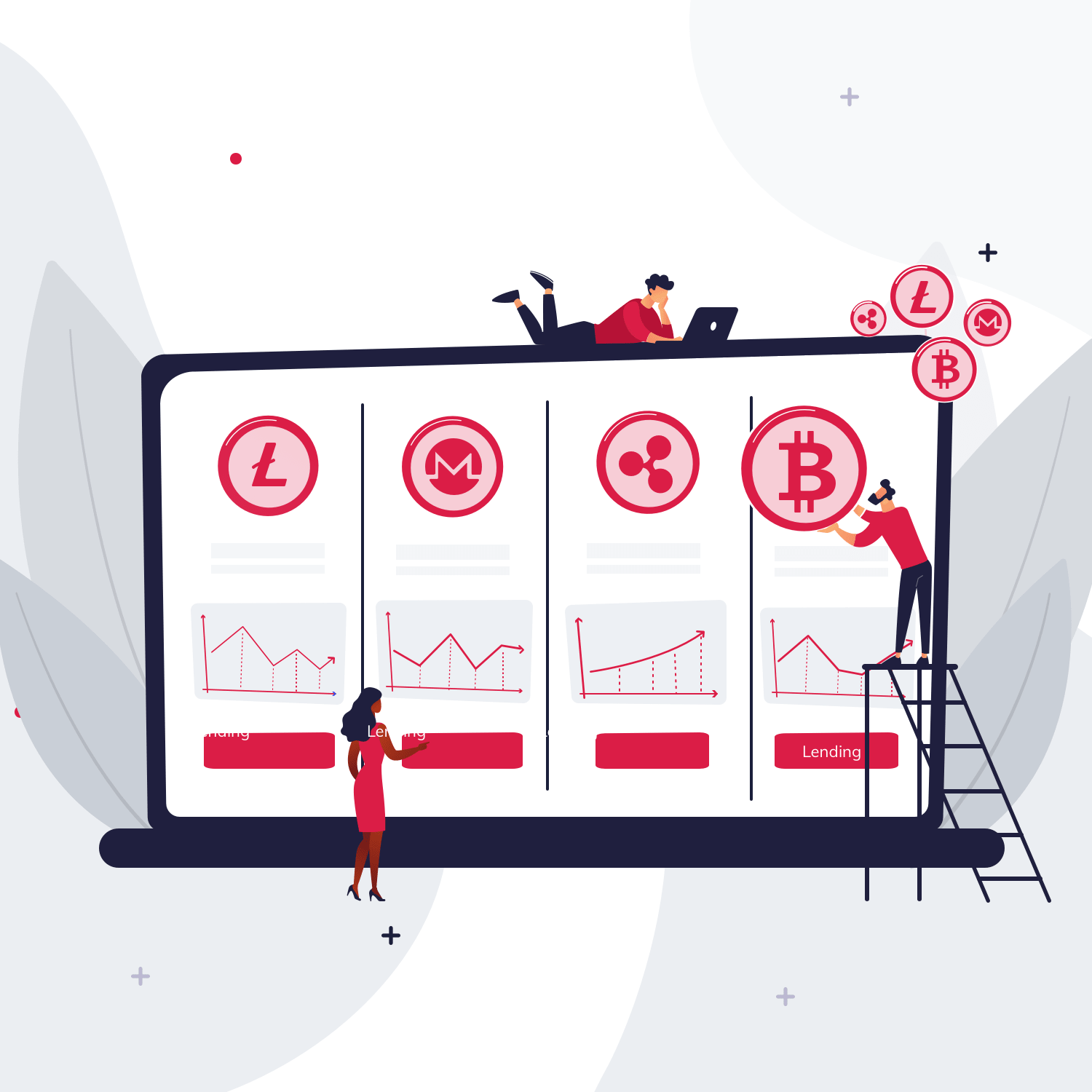 How to Build a DeFi Lending Platform

How 5G is Transforming the Healthcare Industry