What Are Stablecoins: A Quick Start Guide 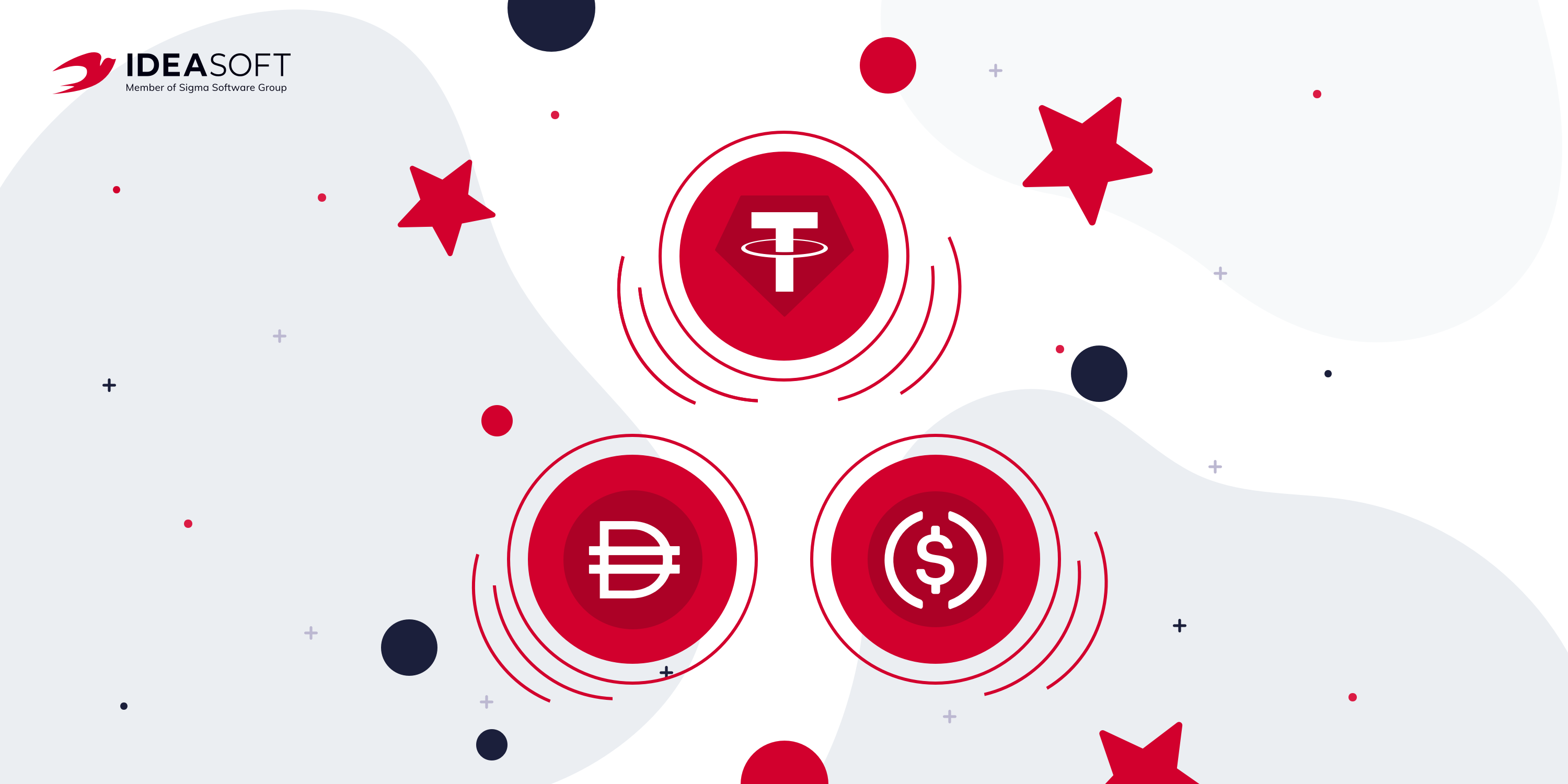 Cryptocurrencies gain more and more popularity, but one of their main drawbacks is high volatility. This is where stablecoins come into play. Stablecoins have all the advantages of cryptocurrencies, while their price is stable. According to Coindesk, at the end of 2020, the total value of stablecoins was up 300% over the previous year and exceeded $20 billion. So, in this article, we will tell you what stablecoins are, how they work, and how you can use stablecoins. Let’s get started!

So, what are stablecoins? Stablecoins are digital money that mimics the properties of fiat (traditional) currencies. They are usually pegged to the dollar or euro (usually at a 1:1 ratio), gold, or other assets, including cryptocurrencies, that make them stable. So, in contrast to conventional cryptocurrencies, stablecoins have a very stable rate.

According to various sources, there are at least 200 different stablecoins in the world, some of which are already in circulation, while others are under development. Two stable currencies pegged to the U.S. dollar, the Paxos Standard (PAX) and Gemini Dollar (GUSD), are already approved and regulated by the New York State Department of Financial Services.

The idea of a stable cryptocurrency was first announced by the Mastercoin project team in 2012. After that, several attempts were made to create a stablecoin based on the euro or yuan. However, the idea was successfully implemented only three years later when the famous Tether appeared on the market.

Due to their high stability, stablecoins can be an efficient and convenient means of exchange and savings. Optimistic experts believe that they can become a good alternative to fiat money in countries with unstable economies, as well as be used to pay salaries and pensions. So, let’s find out all the advantages and disadvantages of stablecoins.

Advantages and limitations of stablecoins

Every year more and more new stablecoins appear, such as USDT, USDC, DAI, and this is not surprising. The secret of such popularity lies in the numerous advantages stablecoins offer to common users and investors.

The most important advantage of stablecoins is the absence of high volatility, which all other cryptocurrencies suffer from. This advantage is especially important in the remittance market. If there is confidence in the cryptocurrency's exchange rate, transfers become much easier. Since conventional cryptocurrencies are too volatile, their undoubted advantages in the form of high transaction speed and low commissions are still ignored by many people.

In the case of stablecoins, users can take advantage of blockchain technology without having to worry about the volatility of the currency they transfer. This advantage extends not only to money transfers but also to the purchase and valuation of goods. It is much easier to do this with a currency that does not change in value almost every hour.

As for traders and investors, they see stable tokens as protection against a possible market crash. Stablecoins allow them not to convert their capital into fiat currency. Stable crypto makes market declines less meaningful for investors and users of crypto exchanges.

The first limitation is centralization. Typically, regardless of which method of stability is used, stablecoins have one central issuer. The code and behavior of the coins are predetermined, and the number of tokens is determined by the creators of the project. Unlike Bitcoin and other cryptocurrencies, which have a limited supply to be non-inflationary money, stablecoins have no limit. The technology allows for virtually limitless coinage.

However, there are already projects aimed at addressing trust issues related to centralized stablecoins. For example, MakerDAO and its DAI token. This platform uses ETH to create a decentralized and verifiable reserve for issuing stablecoins.

Another disadvantage is the likelihood of freezing accounts. No one can take Bitcoins away from you, except for malware. But some tokens allow issuers to freeze funds as well as give information to law enforcement. For example, Paxos Coin and USDC can control the user's funds. In fact, all ERC-20 stablecoins can be controlled. During times of increased vigilance, the threat of account freezing is very real, as any cryptocurrency transaction can be considered suspicious.

Stablecoin attacks are also a weak point of stablecoins. Since some stable tokens are only protected by an algorithm, it is possible that someone could use them for speculative attacks. The attack on dollar-pegged stablecoins can be seen as a source of certain income for people who know how to profit from stablecoins. The current fallout of Tether (USDT) occurred spontaneously, after months of skepticism. However, some coins can be deliberately attacked, which will cause enough fluctuations in the exchange rate to make a profit.

As a rule, the stability of stablecoins is achieved with the help of collateral. Most are backed by fiat money or various assets such as:

In fact, stablecoins can be backed by any liquid asset as long as it is in demand. So, stable cryptocurrencies are classified according to collateral.

It is the most common type of stablecoin, whose value is backed by the U.S. dollar, euro, or pound sterling. If someone wishes to cash in stablecoins, the organization that manages them will take the appropriate amount of traditional money and transfer it to their bank account. The equivalent amount of stablecoins will be destroyed or removed from circulation.

The most common stablecoin of this type is Tether (USDT). It is the third-largest cryptocurrency by market capitalization, with a daily trading volume higher than any cryptocurrency, even Bitcoin. In January 2021, Tether accounted for about 75% of the stablecoin market.

USD Coin (USDC) is also pegged to the U.S. dollar and is gradually gaining market share. It reached 15% in January 2021. In December 2020, its parent company Circle announced a partnership with Visa to issue corporate credit cards based on USD Coin.

There are also stable coins backed by other fiat currencies: XSGD (Singapore dollar), EURS (euro), and even Candy (Mongolian tugrik).

These stablecoins are backed by other digital currencies, which helps them be more decentralized because all transactions take place via blockchain.

Transactions with such stablecoins are more secure and transparent. Moreover, they are often pegged to several cryptocurrencies at once to spread risk. At the same time, this is one of the most complex and the least popular cryptocurrencies. The best known of these is Dai, whose nominal value is maintained at the dollar level, but is actually backed by Ethereum.

Such stablecoins are not backed by anything. In fact, the U.S. dollar works the same way. Decades ago, it was pegged to the gold reserve but it is stable now because people believe in its value.

The stability of the exchange rate of non-collateralized cryptocurrency is ensured by the seigniorage - the income generated by the issuance of the currency and appropriated by the issuer. When demand rises, new stablecoins are issued, which normalize the price. If demand falls, coins are bought to reduce the amount of currency in circulation. Theoretically, the price remains stable because market supply and demand control it.

This is the most decentralized and independent form of stablecoins. An example of such a currency is Ampleforth (AMPL), which was launched in late 2018. Its algorithms control the volume of coins daily according to demand to avoid the volatility inherent in secured cryptocurrencies.

Now that we have dealt with the types of stablecoins, let's find out what are stablecoins like USDT, USDC, DAI used for?

What are stablecoins used for

Stablecoins are not as volatile as other digital coins so they can be used for everyday use. They have the advantages of cryptocurrencies (transparency, reliability, immutability, fast transactions, low fees, and privacy) and are as stable and trustworthy as traditional currencies (the U.S. dollar or euro). A decentralized, reliable, and stable digital currency will have many applications, from cross-border lending to financial planning.

Here are just a few use cases for stablecoins:

Initially, cryptocurrency holders used stablecoins to save money in the event of a market crash. If Bitcoins became cheaper, they could be converted into stablecoins. Without stablecoins, Bitcoins would have to be converted into traditional currencies. These transactions are not possible on every platform, and they require significant fees.

Stablecoins are a new form of digital money that offers transparency, reliability, immutability, fast transactions, low fees, and privacy. Their low volatility makes them a suitable means of savings and facilitates their use in everyday transactions. There is no doubt that stablecoins will play a key role in the global financial system, as they effectively enable the practical use of cryptocurrency.

It is safe to say that stablecoins have become an important component of the cryptocurrency market since their opportunities and prospects are promising. 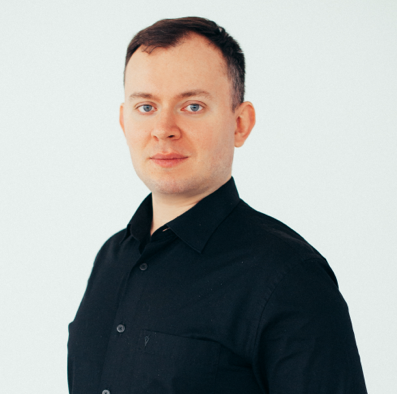 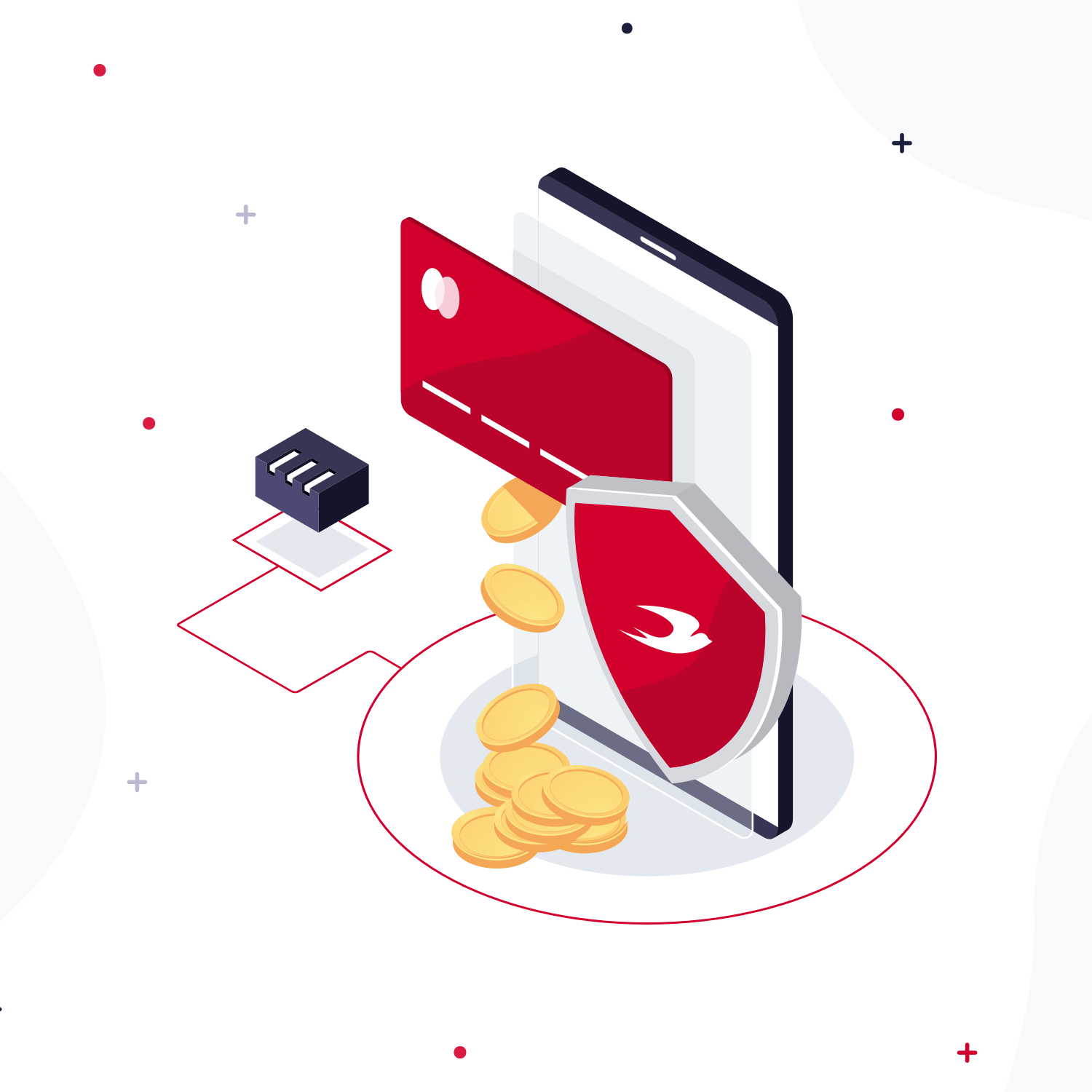 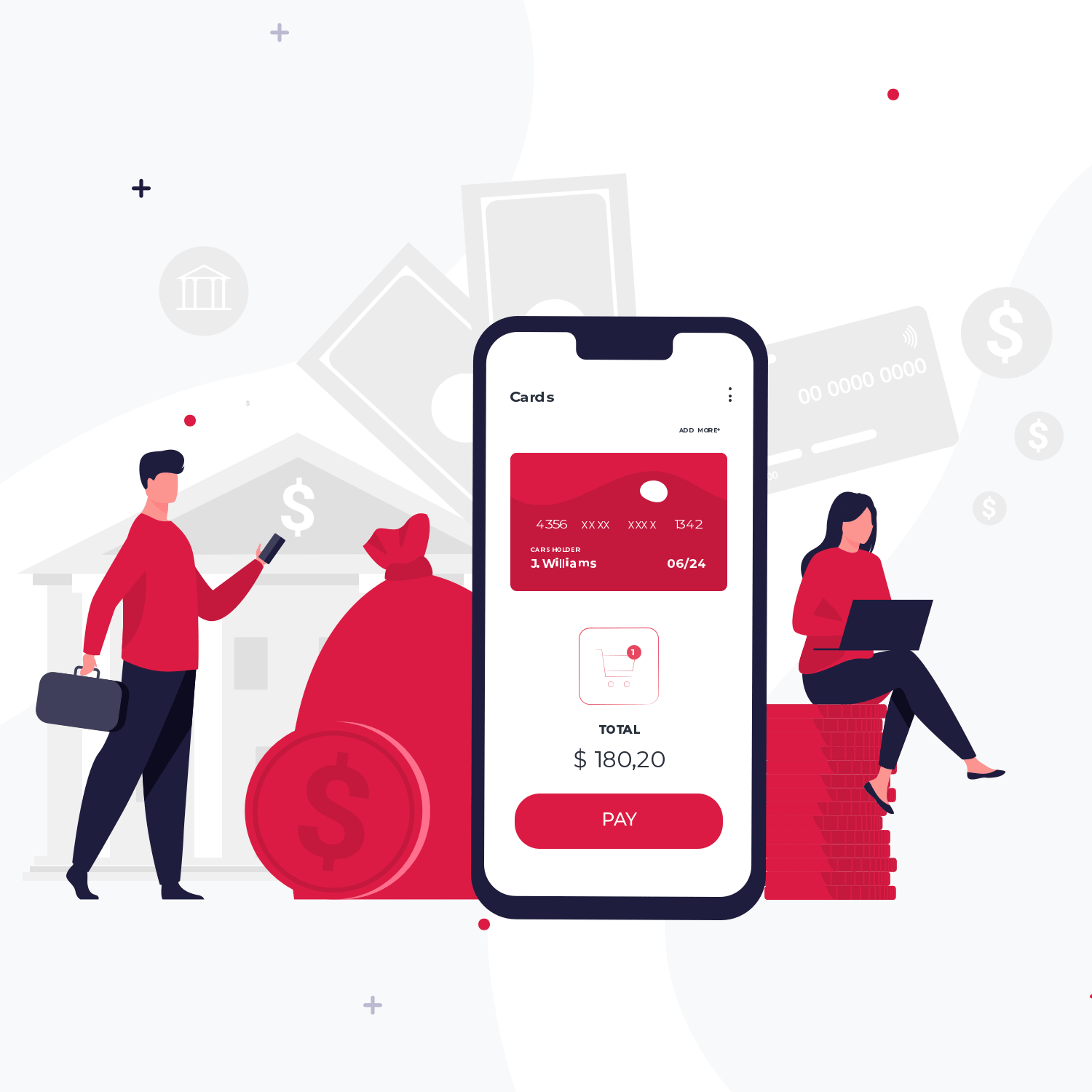 What is the Future of Neobanks? 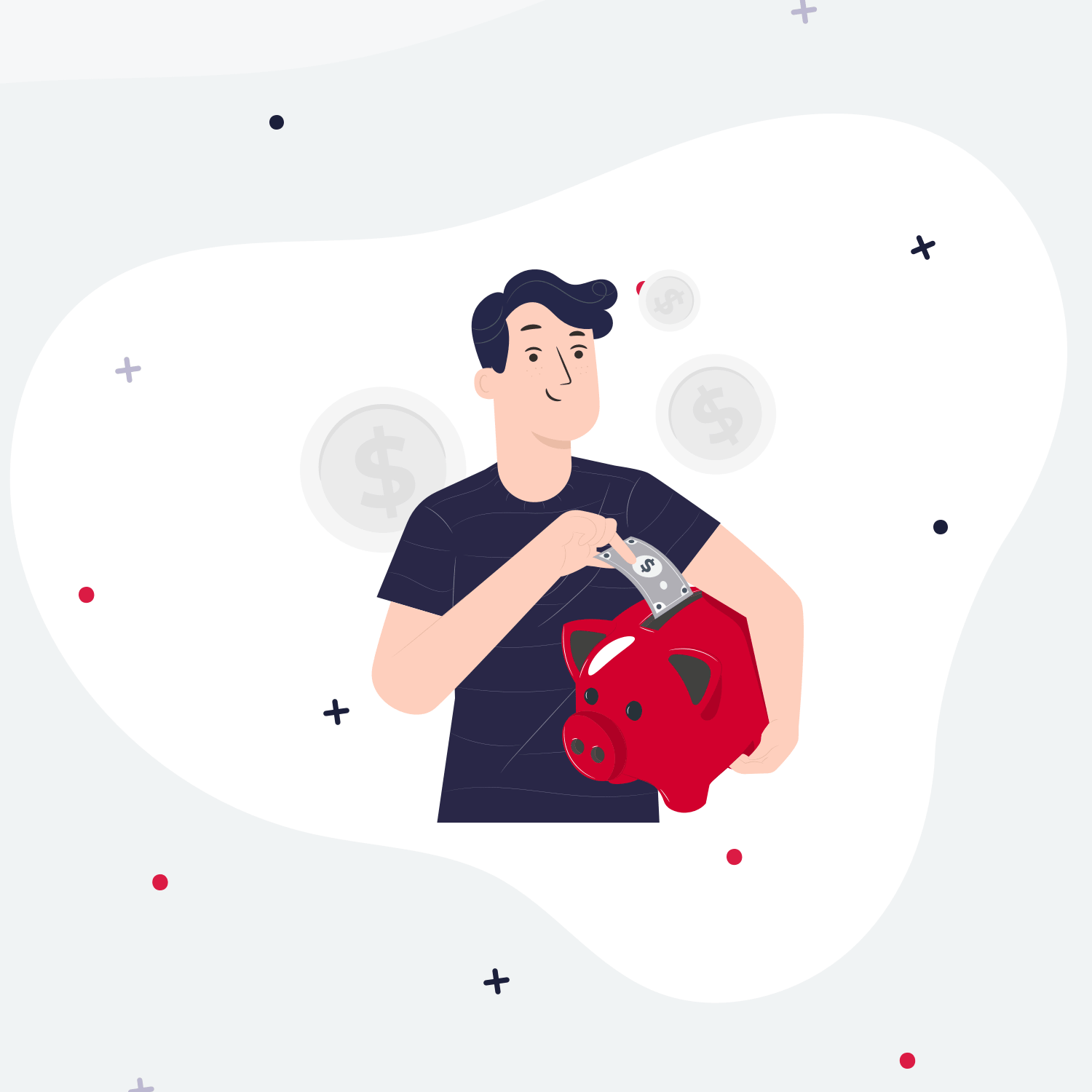 Banking Technology Trends to Watch in 2022